Skip to content
Previous Next
Why Did Beth Try to Kill Herself TWD?

Why Did Beth Try to Kill Herself TWD? Why This Was Such a Crazy Scene In The Walking Dead

There are two scenes where Beth makes attempts, with the second one unfortunately succeeding within the show. In this blog post, I will answer the question of why did Beth try to kill herself TWD, both the first time in Season 2 at the farm, and the second time, when she goes after Dawn at the hospital. Beth was always a really interesting character, she was very attractive, she had a protector in Daryl for some time, and while not as strong as Maggie, she was somewhat intelligent and definitely had some toughness to her. Beth was definitely a fan favorite character, and the fact that she didn’t make it past the hospital in early Season 5 was somewhat surprising and sad. The one thing that I really like about The Walking Dead Series is the overall continuity that happens from Season to Season and from episode to episode. It is basically a barrage of misery, and just battle after battle that the characters go through, before finally finding some type of peace in Alexandria. And so, in this blog post, let’s look at why Beth tried to end it all on her own terms in The Walking Dead, and why she eventually did in the end.

Other characters that we will discuss on this blog include the following: 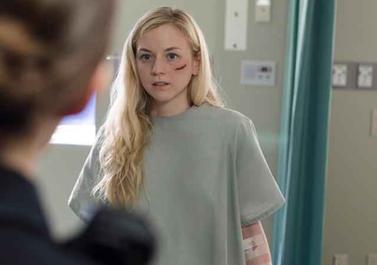 And a host of other characters, read on or subscribe to our blog for additional details and information.

Why Did Beth Try to Kill Herself TWD? Why Beth Tried to End It All in Season 1 of TWD?

Beth tried to do this for similar reason that Andrea did in Season 1 of The Walking Dead, she was essentially taking the “opt out”‘ route here. This is what Beth tried to do in Season 1 and Andrea tried to let her so that she could make her realize that she wanted to live. Maggie, though very upset with this, eventually came around in the end. I really like Andrea as she was very intelligent, she just made a few bad choices, mainly in terms of sticking with the Governor. She chose the wrong people, and she should have stayed with Michonne instead of Woodbury. Choosing short term comfort over someone like Michonne who could keep her safe for the long run, turned out to be her downfall.

Why Beth Finally Did Take Her Own Life, Unintentionally In Season 5

Whether or not this was intentional is up for debate. Looking back at the episode again, it sort of seemed intentional in that Beth knew that Dawn would take her out, and that the group would then take out Dawn as a result of it. This could very well have been intentional, in that Beth could have thrown herself at Dawn in something of a Suicide attempt, taking Dawn down with her. It also could have been impulsively accidental, with her not expecting Dawn to take her out as aggressively as she did. A very interesting scene, I like to think it was the second reason personally, leave a comment down below with what you think!

Why I Always Liked Beth As a Character, And Why She Wasn’t Cut Out For This World

Final Thoughts On Why Did Beth Try to Kill Herself TWD?