Negan Kills Glenn and Abraham The Walking Dead, The Most Brutal Scene In The Entire Show!

Today we have Negan kills Glenn and Abraham in the Walking Dead, the scene from the finale of Season 6 Walking Dead, and from Season 7 episode 1 in the Walking Dead. This was the most brutal and intense scene in the entire show, it was so powerful I was looking away from the TV screen and looking up from my chair. Of all the scenes in the Walking Dead, this one stands with you the most, even compared to the scene where Rick bites the guys throat out, which I would put in second place here. It is not as triumphant as the scene in Alexandria, it is not as crazy as the scene with Rick in the tank necessarily, but it is absolutely brutal. The episode is Season 7 Episode 1, “The day will come when you won’t be” which is a call back to a quote from Bruce Jenner at the CDC where Rick says “I’m grateful” for him giving them their shot at life. Jenner just says “the day will come when you won’t be” in other words, the pain is so bad out there and the fear is so terrible that it is going to be just brutal forever out there. He was half right, this was one of the most brutal things that a human could possibly go through, however Rick was absolutely more than strong enough to push through it and win in the end!

How did Negan Kill Glenn and Abraham, and What Prompted This in the First Place?

The Saviors, which was a group run by Negan in what I believe was the year 2012 to 2018 in Walking Dead timeline, and around 2016 to 2018 on television, did this in order to get revenge and to send a message to the Alexandrian’s, the original group of Rick Grimes. As the group is in the RV heading with Maggie to the hilltop in order to get her to safety so she can safely have her baby (who later becomes Hershel) they are stopped by Saviors, completely surrounded and out gunned on all sides. They essentially tell every single one of them to drop to their knees. The original group was: 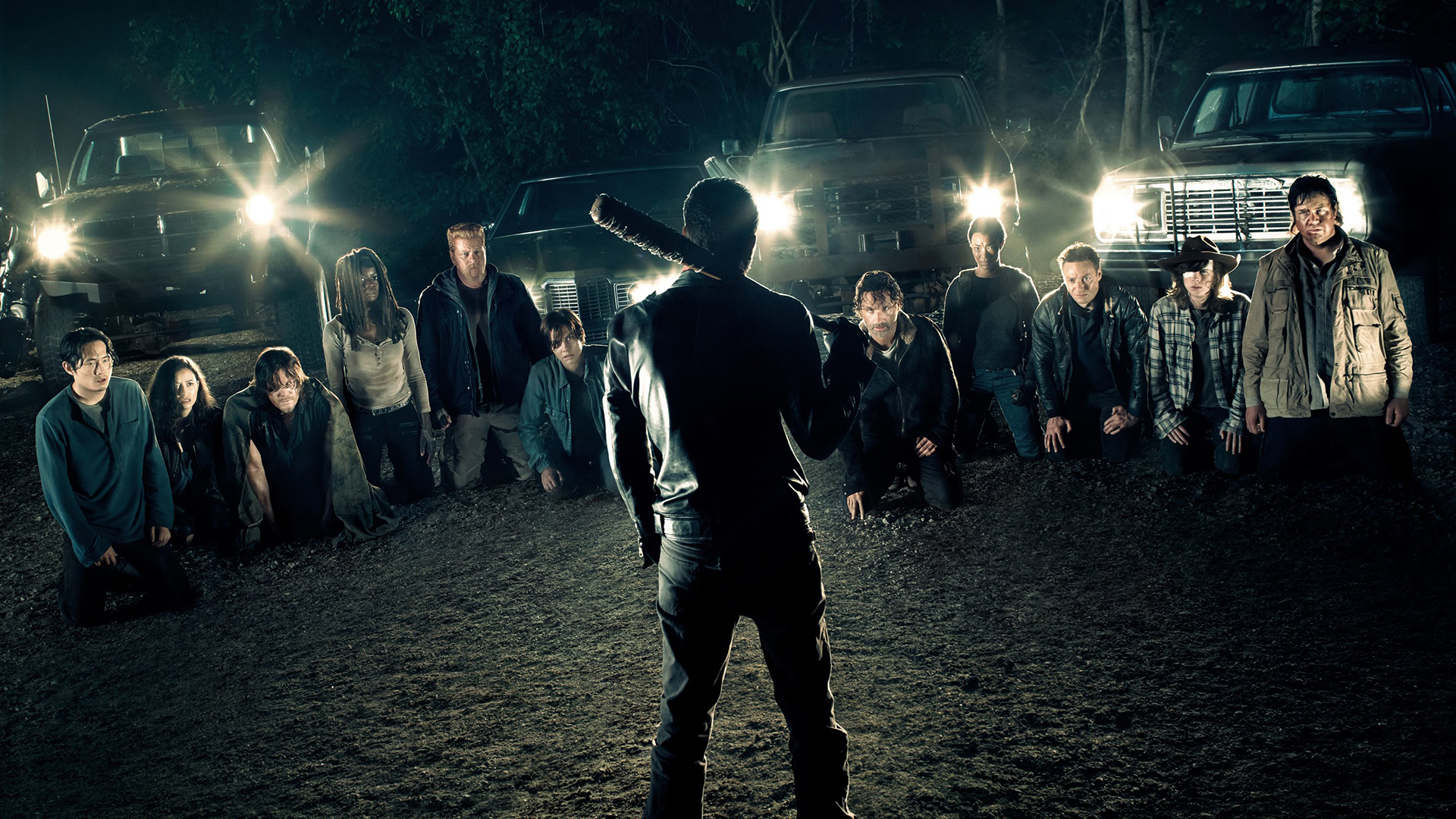 Daryl – Gravely Injured from a right

And I believe that was it of the cast for this one. So why exactly did Negan kill Glenn and Abraham, and why may his actions have actually been justified? And if you’re grateful for reading this article, remember…the day will come when you won’t be (little Walking Dead humor there.)

As much as Negan seems like a brutal human being, this is actually not the course of action he wanted to take at all here. And while he probably somewhat enjoyed this, in a way he snapped into an alter ego and was playing a character here, it actually took toughness to do what he did even if he did it with a smile on. The reason I say this is that he could’ve just not said anything, snuck up on the group and taken out every single one of them right there in the field. In the end, he actually would have won it all had he done this, and it would’ve honestly been less brutal in the process. The emotional anger of anyone watching wouldn’t have been so bent up, but he did what he did in order to instill FEAR in this people around him, so that he could lead them and use them for resources, rather than just get rid of them. He essentially made Rick’s group his employees instead of firing them and sending them out into the woods.

This is also total retribution. Rick and Glenn went to multiple outposts and straight up merkid like 30 or 40 Saviors, Daryl took out a handful with a rocket launcher, and Rick was actually the first ones to start the fight. Rick thought he was the strongest guy out there, and maybe he is one on one, but Negan brought politics, people skills, war and weapons into the mix, and in the short term he won the battle.

Who Did Negan Take Out, And Why I Say His Actions Were Actually Justified

He took out Abraham and Glenn. He took out Abraham as the group was for them taking out like 20 of his guys, that he would take out one of theirs in spectacular fashion, but that if someone moved, tried to fight or talked out of turn, then he would take out another one. He did a quick game and then took out Abraham in gruesome fashion. This would have been the end of the bludgeoning but Daryl spoke out of turn, running up and I believe cracking Negan on the jaw with a punch. From here, he had to show them that he was serious and that he is a man of his word, he took out Glenn as punishment for this. An absolutely brutal scene but one that was necessary within the show.

Final Thoughts On Negan Kills Glenn and Abraham in the Walking Dead Season 7!

I would venture to say that the Walking Dead writers had a plan for this all along and that’s why they titled the episode the way they did! It also helps that it is very strongly based on the comic book timeline here. For more details and information on all things the Walking Dead, read on or subscribe.