Skip to content
Previous Next
Rick Chases Negan Into a Building

Rick Chases Negan Into a Building, I Can’t Figure Out Why Negan Didn’t Take Out Rick Early On

The one thing I can’t figure out is why Negan didn’t take out Rick and his entire group right then and there when he had them pinned. Negan couldn’t even see in his eyes out strong Rick was, how he basically told him he was going to take him out and of how he nearly did multiple times. One of my favorite scenes that fully showcases the immense strength and tenacity of Rick Grimes is the scene where Rick chases Negan into a building, first chasing after him with a car that topples over his Dodge Avenger that he was driving around, and then once he has him pinned, chasing him into a building and nearly finishing the job there. I have got to say that Negan is one sneaky dude, he was literally able to dodge all of Negan’s punches and his Axe throw and to nearly take Rick out himself. And even when Rick had the upper hand on him multiple times here, Negan was always able to escape in the end with his favorite bat Lucille! This is one of the scenes that you can watch 10 or 15 or 20 times and never gets old, right up there with the ones where Rick bites the dudes neck, where Rick destroys the Bridge, and with the Alexandria scene. This has actually got to be one of Rick’s top ten most savage scenes, and it really shows how much of a warrior Rick has become over the last 7 or 8 years or so of being in the Walking Dead Type atmosphere. He’s 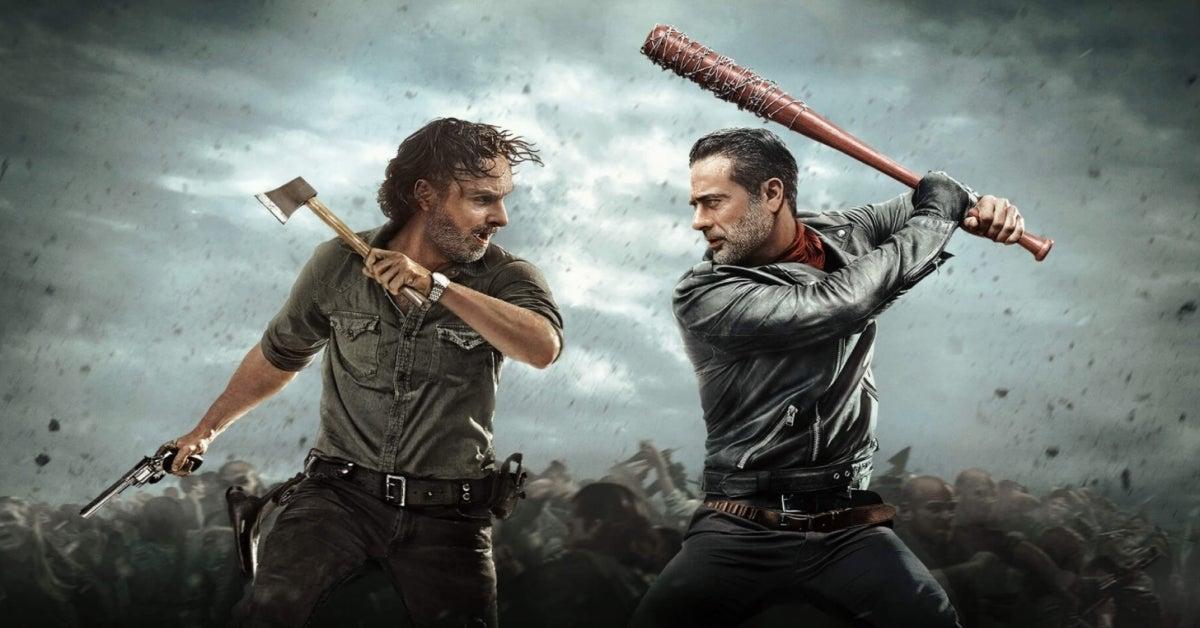 come a long way from the farm!

Other top scenes that we will cover on this website include the following:

Negan is about to take Rick’s Hands

The Saviors Surrounding Rick and His Gang

Abraham Gets Taken Out

Glenn Gets Taken Out

And much more, read on or subscribe for additional details and information!

How The Scene Starts, A Plan to Distract The Saviors, & Instead Rick Chases Negan Into a Building!

This scene originally started out as a plan to distract the saviors so that they could attack them from another direction. Rick basically says to hell with that plan and impulsively just charges after Negan out of almost pure rage as soon as he sees him. The tenacity of Rick Grimes and how fierce he is in The Walking Dead has definitely saved him and his group multiple times, and has given him some pretty amazing victories overall.

The scene starts with Rick about to lay down his hand on the horn to distract the Saviors, In an instant however, he sees Negan and basically says “screw it, I’m going after him.” Man even if I was Batman I do not think I would want to go after this guy with all the stuff he has learned and the pain he has been able to face on his journey as a Walking Dead Leader. He speeds after Negan, Rick is in a large Van and Negan is in a small car, like a Dodge Charge type deal. Rick hits him as hard as he can with the Van, and then, as he now has Negan afraid (which about time considering how much of that Negan has been dishing out so far) chases after him until he knocks his car clean on his side.

Rick Tosses His Axe at Negan, Disarming Him And Nearly Takes Him Out

From here we see Rick basically just get out of his car, and with no hesitation whatsoever, impetuously attack Negan by firing at him. He is pissed off, Negan has made the life of him and his group a living hell, and he is after purely blood and revenge here. Rick goes after him with one weapon, then when that’s out he uses another, then when that’s out he uses he Axe, knocking Negan off balance and nearly taking out Negan right then and there. Negan would escape in the end, but Rick earned his respect and fear in this scene for certain.

Final Thoughts On Rick Chases Negan Into a Building, A Super Inspirational Scene to Watch!

I watched this scene today and I did like 3 hours worth of errands in a single hour today, if you are in a slump and need to be or feel more productive, watch this scene a few times to get those competitive juices flowing! I love this scene because Negan has literally put Rick and his gang through so much. They have just made it to Alexandria, Carl has gotten shot and lost an eye, and he has made their lives something close to hell, putting them in an all out battle between the groups. This is Rick’s chance to Rebel and shows his furious Tenacity that is outwitted by no one else within the show! Hope you enjoyed reading, be sure to comment down below or to subscribe for additional details and information.