Skip to content
Previous Next
Rick Destroys the Bridge, My TWD Season 9 Review

Rick Destroys the Bridge, My TWD Season 9 Review With and Without Rick Grimes

This is probably the toughest that we have ever seen Rick Grimes, and it’s when Rick destroys the bridge that he had spent time building that unites Alexandria, the kingdom and the Hilltop, as well as Oceanside and the Scavengers (AKA the Garbage people). In this scene, we see Rick Grimes running away from a gigantic walker horde on a trademark white horse. As the horde gets closer to the horse, the stallion gets spooked, bucking rick off and tossing him off into a construction site. A gigantic piece of rebar gets lodged in Rick’s side, in a way that is extremely deep. Rick is forced to pull himself up with the metal piece of rubbish that is hanging above him. He painfully dislodges the metal from his side (this probably would have killed a normal man) so that he can get up and run away from the Zombie hoard.

Here’s What Happens When Rick Destroys the Bridge, A Story of Triumph 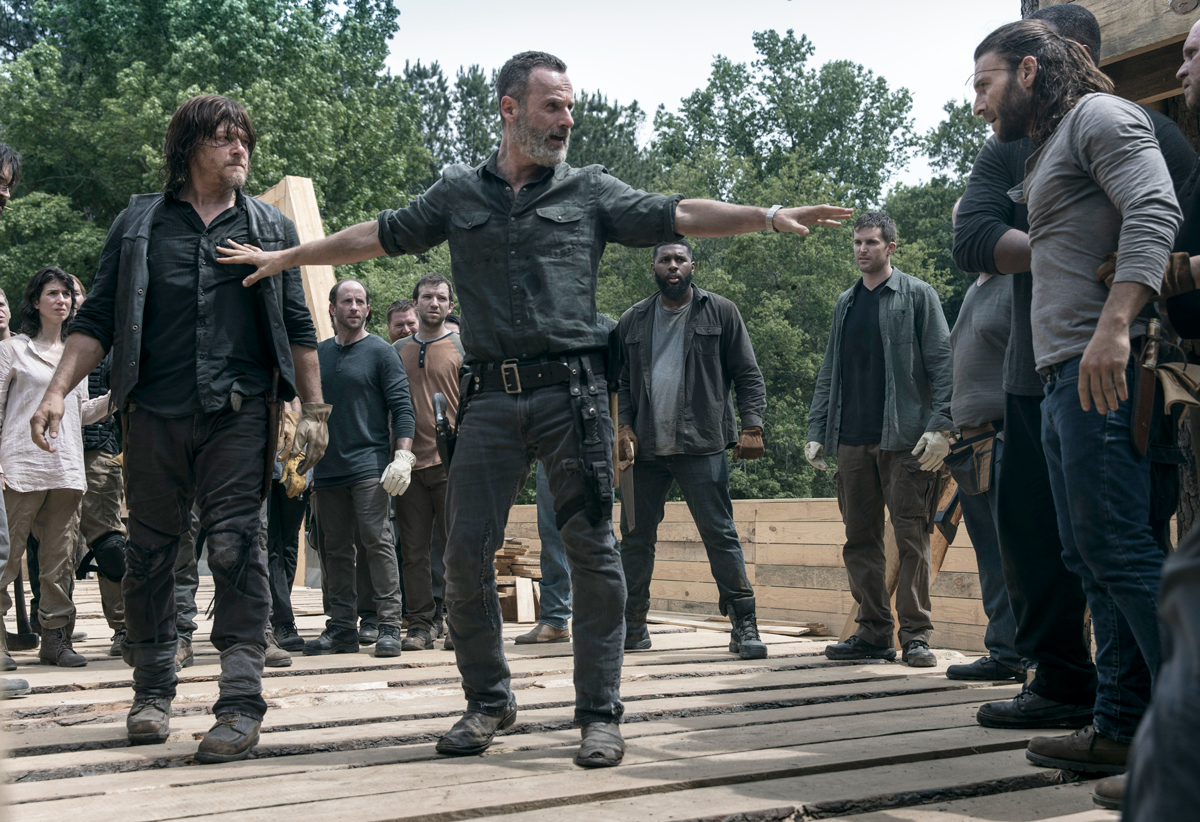 From here, we see Rick basically limping from the zombies, and trying to get to the horse. Knowing the value of persistence however in all that he has gone through, he continues to push on and on, and he keeps limping ahead until he makes it to the bridge. They keep showing him having hallucinations of Shane, Laurie, Hershel, Sasha, Carl, and a host of other characters, including Michonne, Maggie, and the whole lot of them. They skip ahead to show which of these were hallucinations, and when Rick is completely spent on the ground, they show Daryl and Maggie firing their guns to turn them around, with Daryl continuously firing arrows towards the zombies in Rick’s direction to keep him alive and stave off the horde. From here, they are able to buy Rick enough time so that he can find the TNT and take down the bridge, killing all of the Walkers in the process.

Rick Destroys the Bridge, An Amazing Display of Human Triumph

Aside from the fact that this is quite literally an amazing display of human triumph, it also somewhat foreshadows and symbolizes what is once again collapse. This is because the bridge was a symbol between all of the groups of who it connected:

The Scavengers (the Garbage People)

Etc. The destruction of the bridge is possibly a foreshadow of this union coming down. Although the woman from the scavengers, and how she saved Rick Grimes at the end, calling him a “friend” and getting him into a helicopter, was a moving scene indeed.

Final Thoughts on Rick Grimes Destroying the Bridge, What it Represents

And so, this episode really shows just how far all of these people have come. I think that Rick starting this project during the beginning of Season 9, and with everything they had built nearly ending due to a massive Walker hoard, only to have Rick continue to save everything with the TNT that they found in an earlier episode to fight against the Saviors, that it was an awesome ending for him, especially since it looks like that helicopter should be able to save him when it is all said and done. For more information on all things TWD, read on or subscribe to our blog for additional details and information.