I just watched the new Marvel What If Cartoon series and I found it to be extremely entertaining and hilarious. It is truly amazing to me the amount of really good movies and shows that Marvel is able to keep cranking out, as myself and many others thought that after Endgame it was essentially going to be Marvel’s endgame, and that they had no new material left to crank out. But boy was I and many others completely wrong on this. One the best What If episodes in my opinion, was the Marvel Zombies one, it was a terrifying premise, that a Walking Dead style Zombie Apocalypses breaks out, and that the super heroes are still somewhat lucid enough to keep their powers. The Tony Stark/Iron man Zombie Especially was the one scene that hit me the most as really cool and terrifying. And so, in this blog post, let’s look at my marvel Zombies Review, and look into what characters become part of the Zombie herd!

Marvel Characters that become Zombies in this show include: 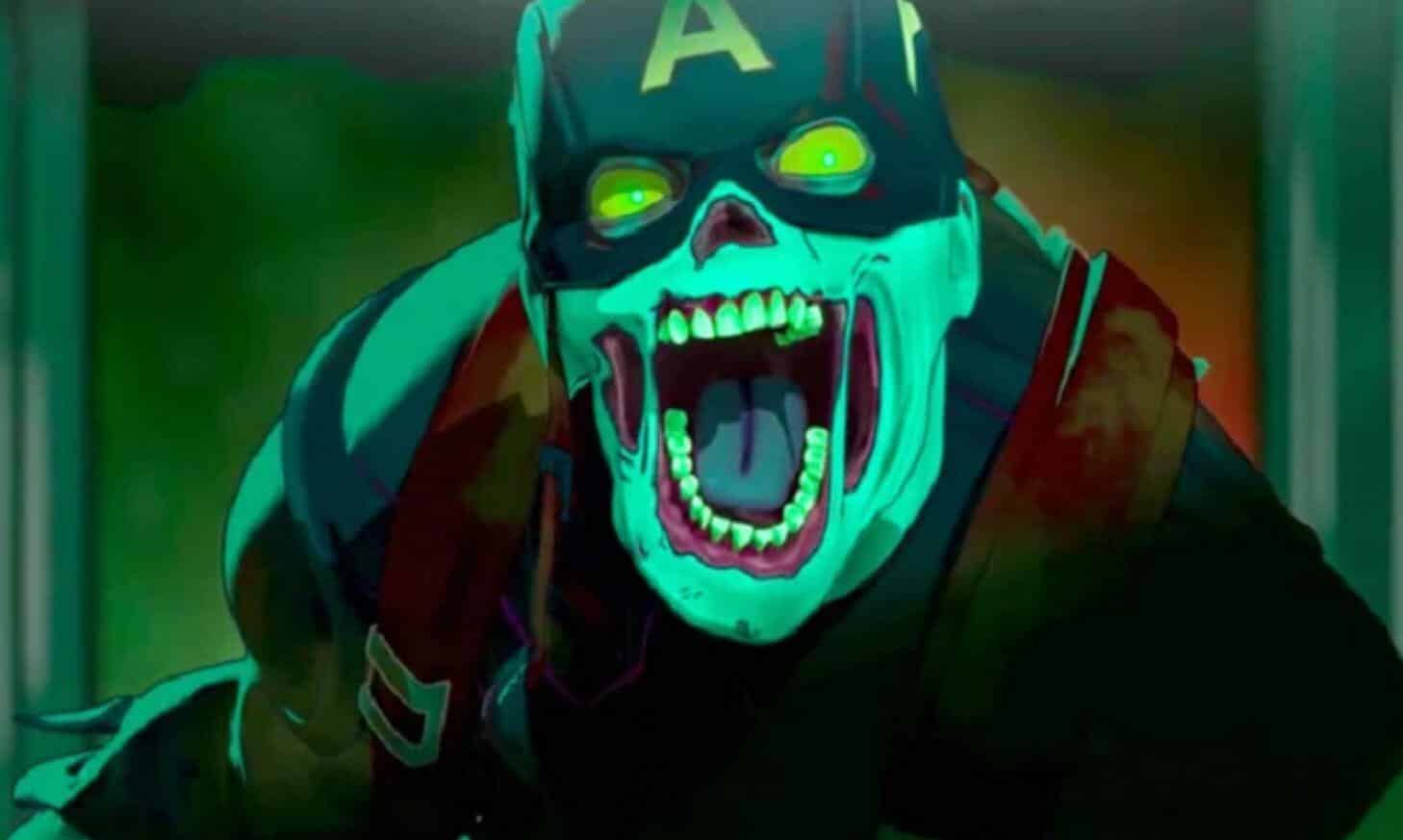 And basically all the other heroes. In the zombie-verse, especially with a downward compounding effect of super powered zombies, there is essentially no escape, and the Marvel Zombie Universe actually makes The Walking Dead look more realistic and hopeful by comparison.

Marvel Zombies Review, A Scarier Premise Than The Walking Dead

In the Walking Dead, the zombies are just regular folks that got bit and came back to life as a zombie. The zombies are significantly weaker by comparison, and a normal human like Rick Grimes (lets face it he’s definitely somewhat super human, but you catch my drift here, he is a human) can take out even as much as an entire herd on a good day by himself.

In the Marvel Universe, everything is super powered and amplified, and this is far from the case. An Iron Man or a Captain America Zombie is virtually unbeatable, and that’s why this situation would be so impossible to fight back against.

Even our favorite Walking Dead crew, being Rick Grimes, Daryl Dixon, The Alexandrians, Eugene, Abraham, and all our top characters, would pretty much be mince meat in this world. The only saving grace in this world is that you still have some healthy super heroes such as Spiderman, Pepper, Happy, and Captain America….at least for a time, who can theoretically use their super powers to try and get the world back to normal. With this being said, each one of them becomes significantly more of a liability once they get bit, compounding the destruction in a massive way.

The Coolest Marvel What If Cartoon Yet, My Marvel Zombies Basic Review

This is a really cool though experiment in that not only are the super powered zombies extremely entertaining, but also is it so crazy to think about how unstoppable this type of zombie plague would be. In the Walking Dead, at least there is some sort of hopeful other side to it, where the walkers are really no longer much of a threat (comparing them more to a fly passing by then a real threat at the end of the TWD comic books) in this world, the worst appears to be about to happen, and that is that the entire planet becomes zombies, with no way out in the slightest.

Final Thoughts On My Marvel Zombies Review, My 2 Cents

That’s my review of Marvel zombies! Keep an eye out for this new show coming to Disney Plus in the next several months during 2022, and if you want to watch a snippet of what this cartoon might look like, be sure to check into The Disney Plus “Marvel What If” Series. I believe the zombie episode was episode 5, it’s a good one! And as always, for more details and information on all things zombies, read on or subscribe to our blog for additional details and information.