Skip to content
Next
Michonne and Rick, My Take on These Characters Awesome Chemistry

Michonne and Rick, My Take on These Characters Awesome Relationship

So, aside from the fact that both of these characters are totally bad ass, I definitely ship the two of them in this post apocalyptic zombie world, And so, without further ado, I am writing a blog post about Michonne and Rick, my favorite couple in the show by far for how compatible their amazing chemistry is in the show. I take them over Rick and Laurie or even Rick and Jessie from Alexandria, as it was the longest lasting in the show, and their relationship is a fantastic adaptation, their kid is going to be the best zombie slayer in the world two having the two of them blood running through his veins! And so, lets look at the relationship between Rick and Michonne within the episode, and my take on their journey. Read on or subscribe to our blog for additional details and information, and for discounts on Walking Dead Apparel, Funko Pop, comic books, DVDs, and more!

Among the other characters that we’ll be reviewing within the TV series include: 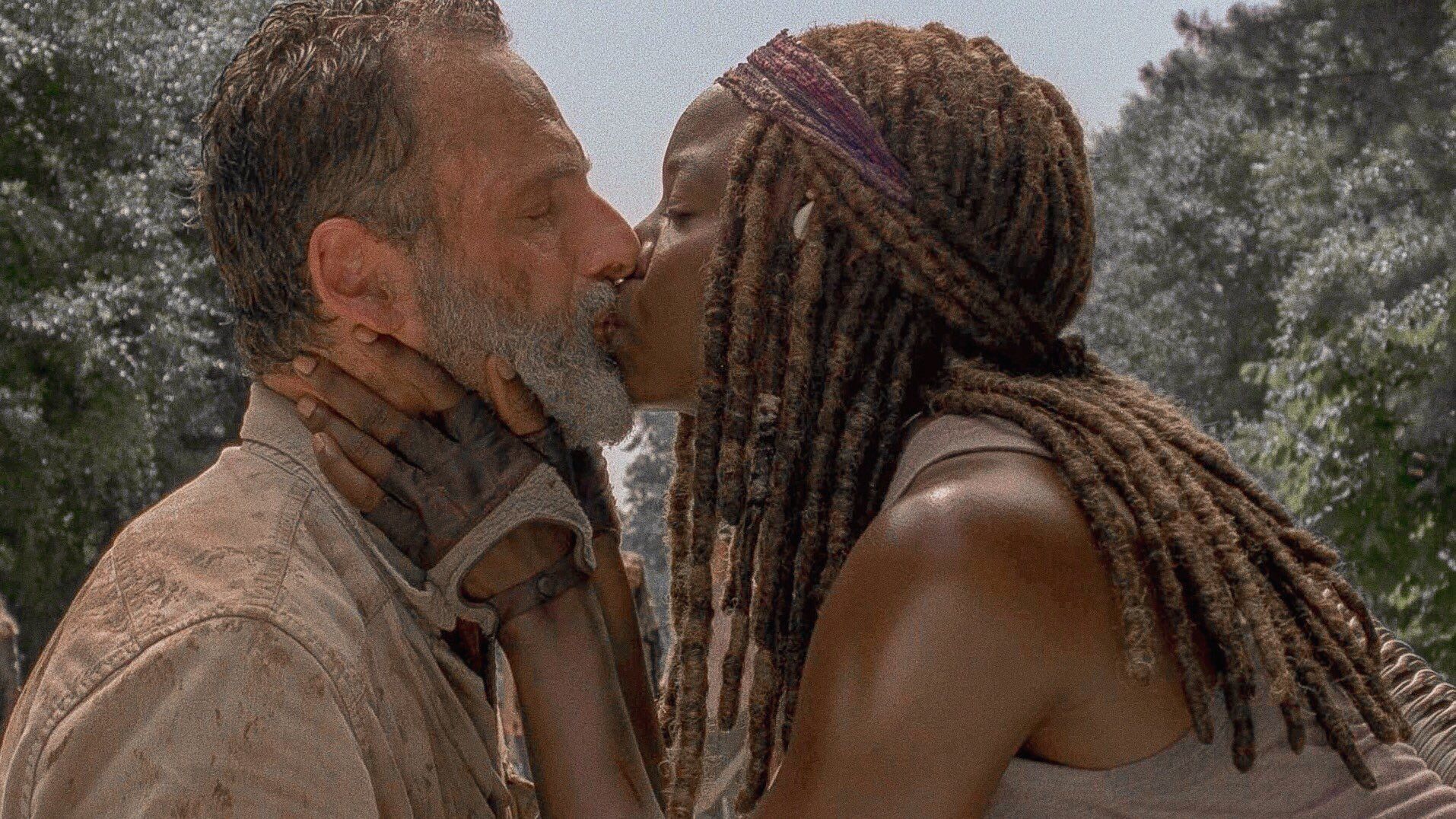 And a host of other characters, subscribe for cool stuff!

Michonne and Rick, How the Two of Them Met

The two of them met midway through Season 3 when Michonne found Rick Grimes prison camp alongside his baby formula, right around the time Michonne had just escaped from the Governors camp. Rick takes her in and treats her wounds, and from here, although they got off to a rocky and somewhat suspicious start by Rick, and since it was right after Rick had lost Laurie he was somewhat off his rocker (his lowest point in the show by far) it took them awhile to get acquainted. Soon however, she was covering Rick’s behind when they invaded Woodbury, and has been a loyal confidante ever since.

Season 4, 5 and beyond is when she really comes into her own, and it is like she is able to get stronger and stronger as time goes on in this wretched world landscape, rather than weaker and more exhausted like most of the other characters (Rick is the same way and is still alive right till the very end, with Deryl and Maggie being the same way.) One cool thing that I will always love about the show is how strong Rick Grimes group is, they are around till the very end and are tough as nails for it, even starting to rebuild civilization.

Michonne And Rick, When They Got Together

They began to hook up during the Season 6 Episode “The Next World.” From here, they go on to have a baby later in the season, doing, in the words of Rick Grimes “something else in order to build” with him meaning they should sleep together and have a child. I always personally thought that Michonne was the real perfect wife for Rick Grimes in this type of apocalyptic world environment, they are both amazing fighters, and they are good at strengthening each others spirits. They are definitely perfect for each other, and I hope they both make it to the very end of the series.

My Favorite Scenes with Rick and Michonne

Final Thoughts on Shipping Michonne and Rick, Why Their Chemistry is Amazing

While in the normal world I think that Laurie was a fantastic wife for rick, she could have a 9 to 5, be a good homemaker, etc. and be great for the normal world, Michonne is the next generation, and she can keep Rick and her family safe in the crazy world setting of the Walking Dead. What do you guys all think of Michonne as a character? Comment down below and let us know, and be sure to subscribe for regular Walking Dead discounts, how to watch the show for free, and how to read the Walking Dead comic book series totally free. Till next time, thanks for reading!