Skip to content
Previous Next
Why Did Michonne Knock Out Rick Grimes At Alexandria?

Why Did Michonne Knock Out Rick Grimes at Alexandria?

Why Did Michonne Knock out Rick Grimes at Alexandria? This is a very interesting question, and I would say that Michonne knocked out Rick Grimes at Alexandria because Rick was essentially yelling and screaming at the other Alexandrian’s, and after beating up Pete because of what he was doing to Jessie, he had somewhat put himself and his current group into a bad situation, ending the next day with him being separated from the rest of the group and being essentially the equivalent of put on Walking Dead Trial.

The whole incident went as below. Rick started to take a mild affection for Jessie, even kissing her at one point. Rick then realized that her husband Pete was hurting her. He got extremely upset as any real man would, and he told Pete to get out of their house. At first Jessie didn’t want Rick to get involved, but then Rick asked her “I can help you, but you’ve got to say yes first.” Jessie finally 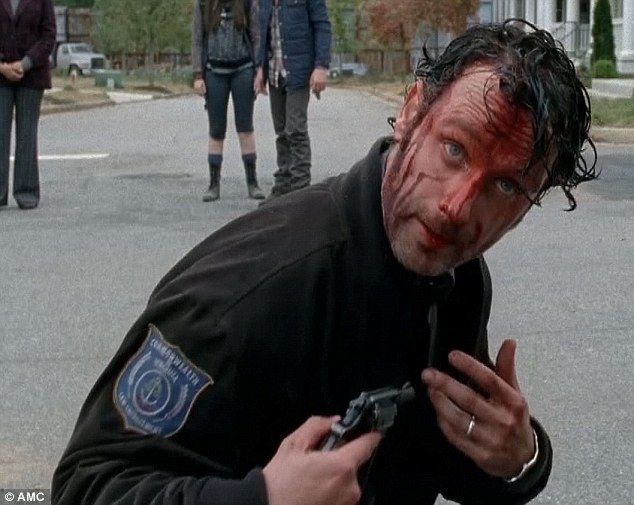 says yes, and then Rick tells Pete that he needs to leave. Pete gets upset, they fight, they slam each other against the wall, and they end up wrestling and going flying out the window. Pete gets the upper hand for a brief second but Rick comes back and takes him the heck out. Bloodied and beaten, Rick stands atop Pete.

The Alexandrian’s, including Deanna rush over and break up the right. Rick pulls out the pistol that he had stashed away as an emergency in case it was needed, and comes up from the ground bloodied “what” he says “you gonna kick me out.”

Deanna looks afraid and says “put that gun down rick.”

Rick goes on his rant, making his already bad situation worse, though it turns in his favor within a day. He says, and I’m going from memory here because my wifi is out after the hurricane: “you still don’t get it. NONE OF YOU DO. Your ways gonna take this place down, it’s gonna get people killed, it’s already gotten people killed. If you don’t fight, if you just let people inside these walls, you die. I’m not gonna just stand by and let this happen. We need to control who lives here.”

Deanna “that’s never been more clear to me.”

Rick “Me, you mean me? Your ways’ gonna take this place down. I’m not gonna just stand by while” BOOM Michonne knocks out rick with the back of her pistol, knocking him out cold. A really awesome move from Rick’s future wife, and actually a very smart move on her part since the longer Rick talked, the worse the situation got for them.

Michonne essentially just de-escalated the situation. Michonne, in reading the chess board, was looking at what was going on and said “I’ve got to stop this as damage control. This is hurting us in a really bad way.” Rick nearly got the whole group kicked out, but instead managed to save the Alexandrian’s in the end by scaring them and toughening them up. Right after this we see the biggest herd of the entire season come after them, and we see them all take down and fight the herd as a team. Nuff Said.