Skip to content
Previous Next
The Walking Dead and the Warrior Archetype, My Thoughts

The Walking Dead and the Warrior Archetype, My Thoughts on the Spirit of Rick Grimes

In this blog post, I’ll make it a tad bit more esoteric then even we usually do on this website, and will talk about the amazing willpower and the Warrior Archetype of Rick Grimes.  Certain scenes in this show, like when Rick takes on the horde to save his son in Alexandria, or when Rick bites the guys throat out, really bring into mind a state of being, or bring into being a state of mind if you will. If you’re really an avid reader of this blog, which at this stage in the game for how new this website is I doubt anyone is just yet, then you have likely found that I have not been publishing as much content this week, this is because I have an extremely stressful 9 to 5 job and because this week in particular pushed me to my limits in certain respects. Thursday in particular was difficult because I had to react at the last minute and save the day with a client, which to my surprise I was able to do successfully. Before this however, I watched the episode where Rick Grimes saves Alexandria with a hatchet, because it charges me up with energy and encourages me to fight with all my might as much as possible, outcomes and circumstances not withstanding, which is probably the most important skill to have in life (almost definitely that is.) And so, in this blog post, we discuss the inspirational power of Rick Grimes and the Warrior archetype.

Why Rick is Such a Warrior 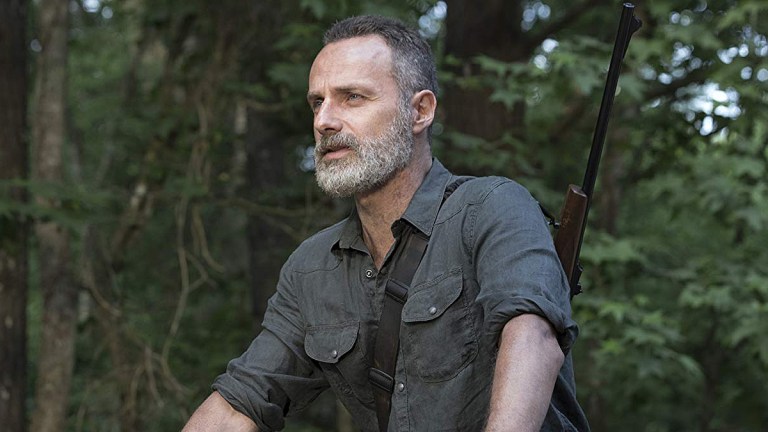 Aside from the character having gone through an incredible amount in his time so far, Rick has consistently shown an amazing amount of will power, not just to keep himself and his family alive, but to thrive in really an incredible way within the show, driving himself up the zombie apocalypse dominance hierarchy and bringing up those around him in the process. Rick has also had some pretty amazing scenes and has had to consistently dig himself and his crew members out of some impossible situations such as when:

Rick has to bite out Joe’s throat to save himself, Michonne, Daryl and Carl

Rick saves Alexandria with a hatchet after Carl gets shot

And many more, there are so many scenes with Rick and in the show in general that elicit the warrior archetype to appear, and that is one of the main things that I love about the Walking Dead series.

The Archetype Levels of Rick Grimes, His King, Warrior, Magician and Lover Percentages

Certain points in the show have caused these to change depending on the circumstances, however in general Rick leans on his warrior and King archetypes to lead him through the day. This is as opposed to someone like Eugene who has a hyper powered magician archetype, or someone like Maggie who can lead on the lover. Michonne has similar psychological tendencies, leaning on her warrior and her Queen archetypes to get her into and out of certain situations. And so, using Robert Moore’s Archetypes of the mature masculine, the King, Warrior, Magician, Lover series as a guide, lets take a look at Rick’s stats below.

I’ll be doing other blog posts in the future showing the levels of some other characters, such as Daryl, Michonne, Carl, and the other characters within the show. I think Rick’s psychology makeup is heavily skewed towards the warrior archetype, as well as everyone else in the show’s is really, due to the makeup of the harsh environment that they are in. It’s amazing how much of his lover Rick is really able to still access given the harsh circumstances that they all are in. It’s interesting to watch Rick go from a full King in season 1, with a much weaker Warrior, to a full blown Warrior with almost no lover by like say Season 3, and just being a hyper powered Warrior by season 4, 5,6, and 7, before aging more and basically being an old King by the end of the Series, its interesting to see the stages of life portrayed through this character.

The Walking Dead and the Warrior Archetype, The Other Top Warriors of the Show

I will run through this section of the article in more detail in future blog posts, but I would put Daryl at 100% of his Warrior archetype, Michonne at 99.98%, Carl Grimes at like 97%, which is pretty crazy for his age, and others in the show at similar levels. The main characters of the show are all hard core warriors, which is why they have survived this long, because they have had to become absolute savages due to the insane circumstances.

Final Thoughts on TWD and the Warrior Archetype, My Final Opinion

And so that’s my thoughts on this very odd blog post about archetypes in the Walking Dead! Hopefully this wasn’t too strange and you found it at least somewhat entertaining. This was both easier and more difficult to write than some of the other posts which are just scene reviews, so I may make a psychology category just for these types of posts. Stick around for more blog posts on the Walking Dead!