Rick Grimes Jacket, The Most Iconic Piece of Clothing In the Walking Dead

The Rick Grimes jacket, and there are really two primary ones with just several variations of popular clothing throughout the show, is definitely one of the coolest things about the character. I actually purchased a jacket that is very similar to the Rick Grimes style jacket that I wear around quite frequently, as I love how stylish it looks and of how warm it keeps me. The Rick Grimes attire is somewhat famous in the world of the Walking Dead, and in fact clothing is extremely important and somewhat rare in their world, as their is only so much of it left and in that it really ads to the characters personality and abilities. And so, in this blog post, lets look at the Rick Grimes Jacket.

The Black Jacket of Rick Grimes 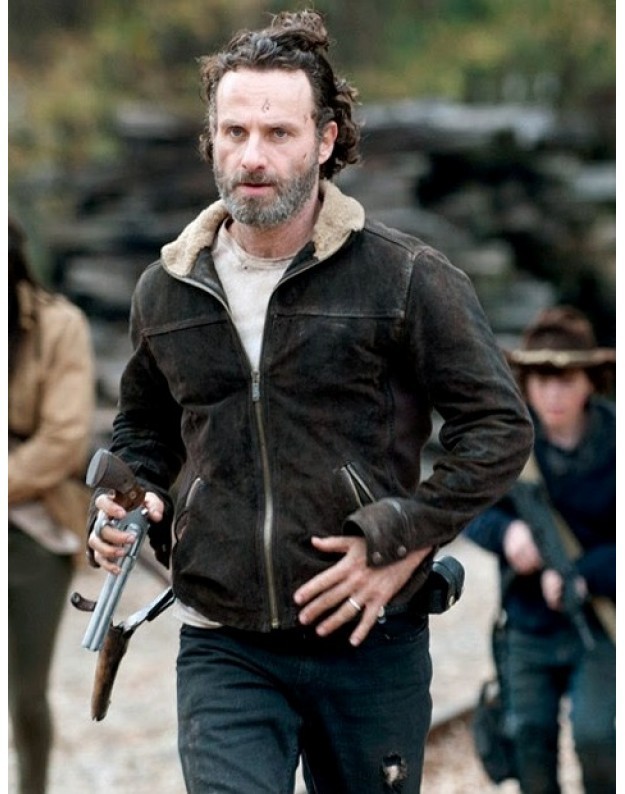 This is the primary Jacket that we see Rick Grimes wearing in the show and the one that I am talking about here. It is a black jacket with something of a camel covered collar to it. He does not dawn this Jacket until something like Season 4 or 5 of the show, likely in Season 4 is when we seeing him wear it the most when the group is coming out of Terminus. Still however, Season by Season we do see him in a variety of clothing, in Season 1 it is his original Sheriff’s costume, all the way through midway of Season 2, where his beige button down starts towards the end of the second season and carrying us through the third, with the fleece and wool jacket that we most commonly see him wearing work for Seasons 5 through 9.

This is actually the outfit that we primarily see him wearing in Season 3 and the start of Season 4, during the prison venue of the Walking Dead, and I have to say that Seasons 3 and 4 of the Walking Dead are the scariest. There is so much chaos that the group was in no way, shape or form ready to deal with that shaped them, their home burning down and putting them back on the road, Lori passing away, dealing with the Governor, dealing with a lethal flu, preparing for war, and all the other crazy things that happened to them. In my opinion, Seasons 3 and 4 were the most sporadic and reinforcing Seasons of the Walking Dead for all the characters involved because of how much of a mess they were, Seasons 5 and onward were more just solidifying the characters strength.

Final Thoughts On The Rick Grimes Jacket, And The Clothing Of The Walking Dead

And that’s my take on the Rick Grimes Jacket. A simple Google Search should bring up similar wardrobe attire that you can purchase, coats like this will run somewhere around $50 to $80, happy shopping!