Skip to content
Previous Next
What Episode Does Rick See Loris Ghost?

What Episode Does Rick See Loris Ghost? That Would Be Season 3, Episode 6 “Hounded”

What episode does Rick see Loris Ghost? In Season 3, episode 6 of the Walking Dead, the episode known as “Hounded” Rick Grimes begins to have a number of hallucinations, understandably so since he just lost his wife. In possibly one of the most terrifying episodes of the show, we see our beloved hero Rick Grimes begin to gradually slip into insanity, hallucinating phone calls that are not happening (this is why Hershel offers to sit by him in this scene) and hearing voices over the phone, such as Lori, Shane, and other voices of the dead. On top of this, we also see Lori come to him as two different metaphoric entities, that is she comes to him as an Angel first in the field, and makes out with him (gosh darnnit did the film crew make her look hot in that scene) and as death, where her face is blurred out and she has essentially no face. This is where Rick really starts to slip and yells “what 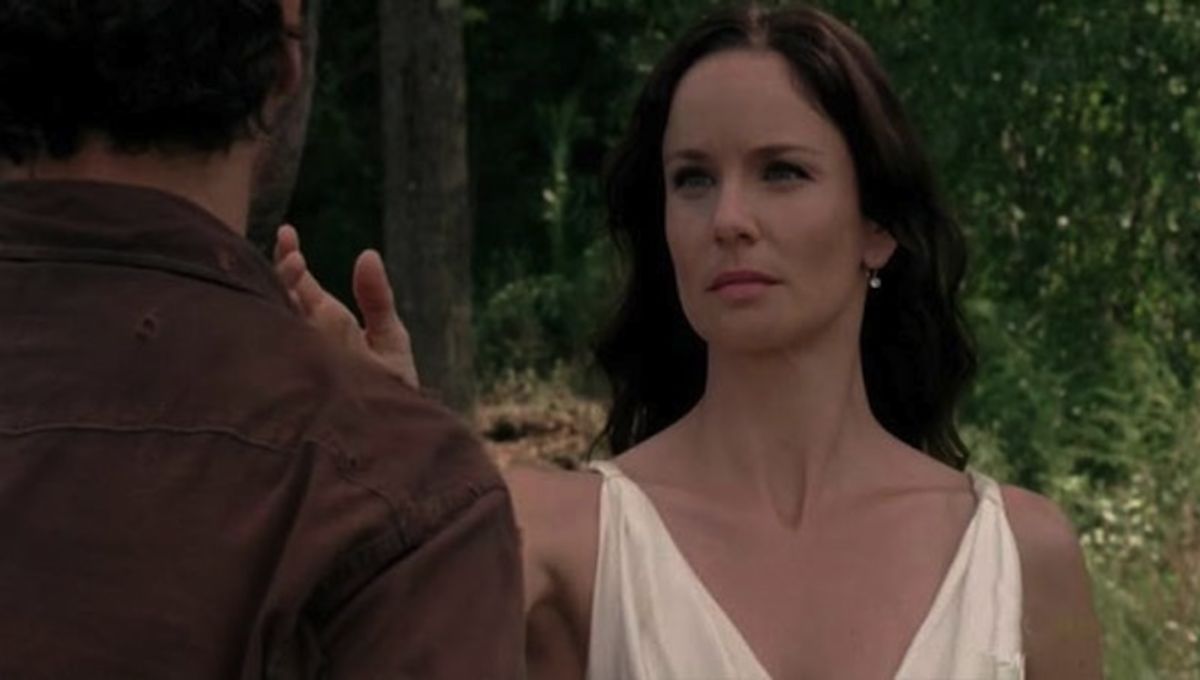 do you want from me!” And so, lets look at what episode Rick see’s Lori’s ghost in, why this happened, and what she was trying to tell Rick.

What Episode Does Rick See Loris Ghost? My Take on This Terrifying Scene of TWD

This is an extremely terrifying and emotional scene, and its crazy to see how the Walking Dead brings about an emotion much stronger than fear, grief. This is something that I think The Walking Dead is able to portray that other Zombie films that are more shallow, like say I am Legend or 28 days later, cannot. It shows Triumph, Grief, pain, emotional pain as well as physical pain, love, hate, revenge, and the moving forth of every single possible human emotion in existence. This is in Season 3, Episode 6 when Rick begins to see Lori, first as an Angel when he is outside of the prison, that is providing him warmth and comfort, and then as essentially death, providing him fear and telling him essentially to leave, as nothing but death and hatred can come within the prison. Some dam good symbolism from the writers here, I’ll give them that one.

What The Ghost of Lori Symbolizes in The Show

As stated in the former, the Ghost of Lori when she is outside of the prison symbolizes hope, and is indicative that they will need to move on, that Hershel is right and that they should leave as soon as humanly possible, as only death and destruction will come if they stay there. Consequently, when we see Rick outside of the prison, which Lori leads him out of, we see her as essentially an angel, giving him warmth and peace for perhaps the first time he has felt in awhile. Insult to injury, they were arguing because it was not Rick’s baby and so Rick was very cold and aloof towards Lori at the end of her life, definitely something that will cause some psychological trauma after the fact.

Final Thoughts on What Episode Does Rick See Loris Ghost? My Take on the Show

This would be Season 6, episode 3 and it is one of the best episodes of the series. A friend of mine said something about the series the Walking Dead and it has resonated with me since, he said that you can watch about 3/4 of these episodes again and again and still get that same butterflies feeling, the Battle of Alexandria, the Battle of the Farm, the Battle of the Prison, the battle against the saviors, the episode with the phone, Lori’s passing, Glenn and Maggie getting together…it’s all great stuff! Thanks again to the writers of this awesome show, this plot if freaking fantastic and it just cannot be beat. For more information on all things The Walking Dead, read on or subscribe to our blog for additional details and information.