Skip to content
Previous Next
Why I Am Hooked on The Walking Dead!

Why I am hooked on The Walking Dead, my opinion of a fantastic TV show

In this blog post, I’ll explain why I am hooked on The Walking Dead, and why I literally cannot stop watching clips of the show. I started watching the show under protest under the guidance of a friend of mine about a month ago, and since then I have finished the entire first four seasons of the show in just under 30 days. I’m currently at the part where the governor is about to take out Herschel, and where the group is about to get overrun from the prison and start heading towards probably the Alexandria episodes. I’ve skipped ahead a fair bit, but I’m still trying to stay with the sequence of the show. I think the show is by far the best show on TV, and probably should go down as one of the best shows of all time, not just for how long running it has been, but because of the way that they portray human nature in such a crisis, and if how realistic the attitudes and human behavior would be were such a situation to take place.

I think it is very interesting to watch the characters go from middle class white people, sitting around in there 9 to 5 jobs in an air-conditioned house and having a family, into zombie apocalypse mode, and Turn into savages overtime as the show progresses. Morals and laws soon go out the window, 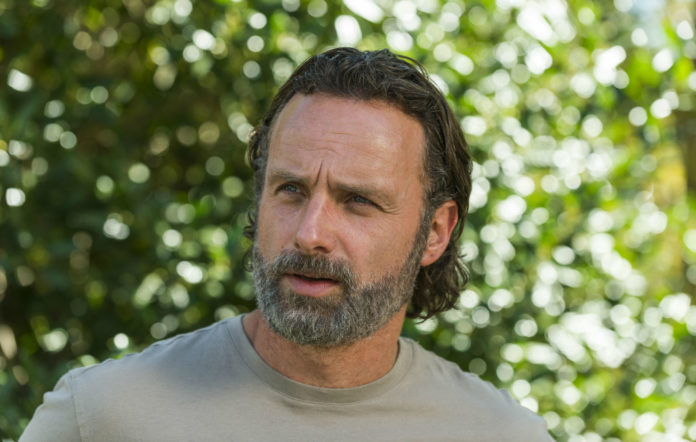 as the fabric of society completely declines, sans a host of survivors, who are able to make it and find other communities in this world.

I’m also finding the numbers of the show extremely fascinating, and I’m not talking about the viewership numbers for each episode, I’m talking about how many humans are left in the world and how long this post apocalyptic universe has gone on. From what I can find, it looks like those in the show, I’ve technically been involved in this state of the world for as long as 13 years, approaching 10,000 days by the time we get to the end of season 10. I think it’s amazing the number of people in the game also, in which it has been hinted that there are only 1 million survivors left, or perhaps less, and that the rest of the population of the world, has turned into Walker‘s, or the other 7,549,000,000 people.

The show is terrifying at certain points, I’ll give it that, but the storyline really hope she win, and even adds in a few laughs, as well as a decent amount of love scenes between characters. The character development is absolutely incredible, and the endurance of not only the writers of the show but of the characters within the series, is something that I think motivates people to continue watching the show. Personally, I am absolutely hooked, and I’ll quote something that a friend of mine said related to the series “it’s a lifestyle“ and that the series go on for so long, that it takes up an incredible amount of time to watch all of them. I have definitely lost at least 50 hours of my life watching the first four seasons of this TV show, and I regret nothing so far. To get through all 10 seasons and to finish the penultimate 11th season it’s coming up pretty soon here, I’d say it’ll take at least 150 hours.

So, to wrap up this blog post, that’s the just of why I like the show The Walking Dead. It is also extremely action packed, and I’m noticing some trends like how if anything good happens, if Carl sees the deer, if Herschel starts to walk again, if Glenn and Maggie share a lovemaking scene, chaos breaks out in the group is back on the warpath like they were before. It keeps you on your toes, and make sure that the show doesn’t stray from its original theme, which is post apocalyptic chaos.  .

So if you got some spare dozens of hours sitting around the house in quarantine, or if you’re just looking for a cool new TV show to Andrews to your girlfriend on Netflix, take a look at The Walking Dead, it’s a fantastic show and you won’t regret it. Also on this blog I’ll be placing affiliate links with discounts to things like TV shows walking dead DVDs, walk and get apparel, and maybe most importantly walking dead comic books. I’m still looking into how I can get my hands on these discounts, but I’ll be posting them for all subscribers, so subscribe for the blog and comment down below and will get back to you as soon as possible.