Skip to content
Previous Next
How Long Does Rick Stay at the Prison?

How Long Does Rick Stay at the Prison In The Walking Dead? I Say About 8 Months To answer the question of how long does Rick stay at the Prison in the Walking Dead, a heck of a lot longer than the farm is the real answer to this question, as the Prison era of The Walking Dead appears to last about 7 to 8 months. The timeline from when they go to the camp to the farm is about 1 month, with another 8 months house hopping on the road after this (this is where they all look really bearded and gray) followed by another 7 to 8 months at the Prison. The Prison, before Alexandria at least, was among one of the most secure places they had ever lived. Think about the first camp that they lived in, this was basically wide open as they were living in tents, its amazing that they lasted as long as they did there, even with someone keeping watch. Fast forward to a month or so later, and we have Carl Grimes getting shot which led them to the farm, where Laurie, Rick and even Shane thought they might be able to live for a long time. 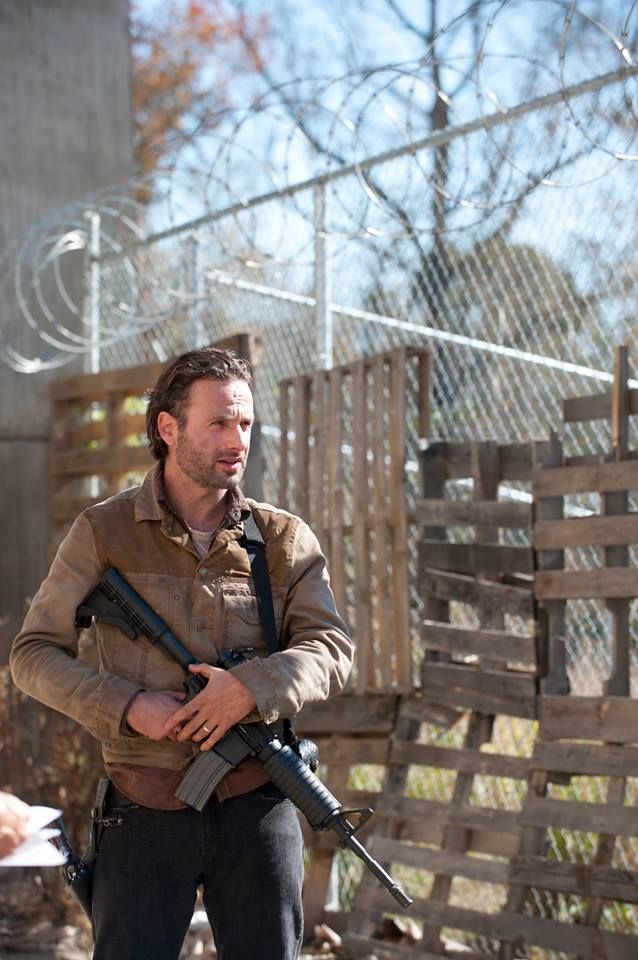 we come to terminus, then the Barn and the tornado, until about 60 days later when we finally reach safe haven in Alexandria, this is about the 2 year mark into the Apocalypse, this is why Glenn and Michonne both kind of said in their interviews “we were almost out there too long” to the point where they either died or were too far from civilized.

How Long Does Rick Stay at The Prison in The Walking Dead?

With the prison story arc of the Walking Dead came the governor story arc as well, crazy to think that this was only a 7 or an 8 month period of time, since it took up almost 2 full seasons of the Walking Dead. But 7 to 8 months is the official timeline for this, and when you think about everything that happened in that Prison, this seems pretty crazy.

Day 1 – Rick finds the Prison and brings his gang there

Day 4 – Meeting other prisoners, and cleaning out the next cell blocks with them

15 Days in – We are introduced to Woodbury

This lasts until the 225 or so day range when the Governor comes in and completely just wipes the place out, beating the ever living crap out of Rick and almost taking him out before Michonne did the same to the Governor, boy I was so glad when this story arc ended.

Final Thoughts on How Long Does Rick Stay at the Prison In TWD?

So 7 to 8 months was the official story here for how long Rick stayed in the Prison with his group. I have to say these two seasons really toughened the group up, and by the time they got to Alexandria (this domain was better than being on the road by a long shot, however was a long way away from Alexandria, which had Air conditioning, a solar grid, and the like) they were basically battle-hardened unlike the other citizens who had essentially been living in civilization still. This is why Rick was so shocked and says “you’ve been behind these walls this entire time.” For more information on all things Rick Grimes the The Walking Dead, read on or subscribe to our blog for additional details and information.