Skip to content
Previous Next
How Much Is Rick Grimes Worth?

How Much Is Rick Grimes worth? What His Lifestyle Would Cost In 2022 Money

How much is Rick Grimes worth in The Walking Dead? In this article we will examine how much the net worth of Rick Grimes would be, were we looking at his lifestyle in terms of today’s dollars in 2022. This is a fun article to write, and then I wrote a similar blog post on one of my other websites, and I think that this one should perform just as good. I will use this article to highlight different parts of ricks life in the show, via his lifestyle in different seasons. For instance in season one when they are essentially in a camp on the street, I would put Rick crimes income on welfare level at probably something like $1000 per month, as he’s just barely scraping by.

Moving forward to season two when they were at the farm for much of the time, I’d put his income more at something like 40,000, as they do have a house but they have to share it with others and there’s limited food and other supplies. Moving on from this, I would say that in season three at the prison their income is more like $24,000 a year, when they are on the road at that point it is more like $9000 a year, and when they finally make it to Alexandria their income goes up to something like $80-$100,000 per year at first, as they have electricity haircuts a house and the whole shebang. They are basically living a six-figure lifestyle, they do have to share the house of the people, and that they are able to live exactly how they want, at least for a short period of time. By the end of season 11, we see Alexandria in more like a war torn New Orleans after Hurricane Katrina type state, with no electricity, no food no water, and only soldiers on basically barren ground. I would give Alexandria at the end of its life, something like a $5000-$10,000 per year income, they are essentially living in tiki huts and there’s not much quality of life there.

What is Rick Grimes Worth In Season 1?

Rick Rimes is worth something like $15-$20,000 per year in season one of The Walking Dead. I am getting this number because for much of the season there in camps sharing tents with their wife and kid. This is a very pairing lifestyle is very minimal, and I think this is an accurate financial figure.

What is Rick Grimes worth in season two?

In season two of The Walking Dead, Rick Grimes is closer to being worth something like $45-$50,000 per year. We see that he does have healthcare when it is needed, that he has food water shelter and air condition, and then on some level the basic needs of life are met for a time. Obviously this is The Walking Dead so it all comes crashing down, however at this stage Rick is living somewhat like someone with a 9-to-5 would be in today’s age, he has a health insurance plan, he has a company doctor and nurses around him, he has food water and air-conditioning, and he has tasks to do every day. For a short time he’s able to stave off The Walking Dead hell, and it’s basically able to have a 9 to 5 at the farm.

What is Rick Grimes worth in season three? 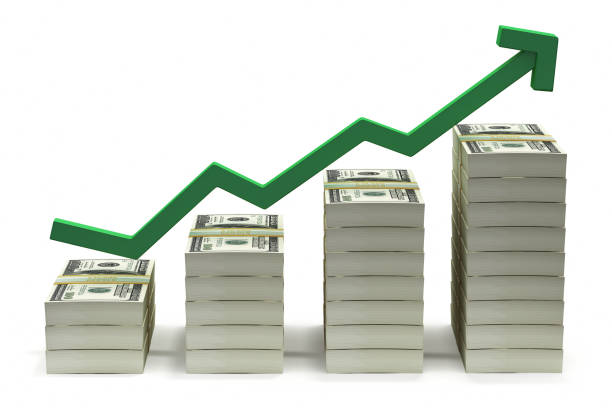 At the opening of season three when they are on the road, they are living in something like $9000 per year. They are scavenging to try to get what they could find, and there’s even a scene where all the fine is a kind of dog food, which as Carl tries to eat it, Rick grabs the cat out of his hand throwing it into the fire. Probably a good move given how bad that might’ve been. Later on in the show, we see them get themselves into the prison, which at least gives them some food water and shelter.

At this point they are living on something like $2000 per month, they have food and some of the basic needs of life, and at one point are even able to start farming and think of the prison as a possible long-term home, or I would give them something like $30,000. Income. Obviously it comes all crashing down as the governor attacks them for their resources, and they’re forced to go back on the road. Fast forward to season four where they are on the road and they are at some thing like again $10,000 per year. At terminus, we likely would’ve seen them be at something like $35-$40,000 per year, as they essentially have the resources of a military camp before it all comes crashing down.

What Is Rick Grimes Worth In Season 5?

Season five is what I would say is the penultimate peak of Rick Grimes net worth. With the houses, the running water electricity and haircuts that Alexandria offers, Rick Rimes is able to live a comfortable lifestyle at something like $70-$100,000 per year. He’s even giving his cop uniform again and he’s given a job as a constable. This is the second highest peak that we see Rick Grimes that in the dominance hierarchy, and will only last a short time as he nearly gets kicked out of Alexandria, it is a good. In his life, and he is able to fortify his situation with it.

What is Rick Grimes worth in season nine after beating the saviors?

In season nine after Rick Rimes has won the war with the saviors, for a time, we see him living on something like what would be considered $250,000 per year, or the lifestyle of a member of Congress or a business owner. He is running a massive group of people, and will obviously they are still living in tents and working on projects together, they essentially have every single resource that they could ever want or need, they have access to Alexandria the hilltop the sanctuary and every single other community that they could possibly wants, and they find themselves in the best position that they have ever been in. They have won the battle of their county and their community and their state, and no one can touch them. Give Rick $250,000 per year for the situation.

What Is Rick Grimes Worth In Season 11?

I would give Jadis something like a $1 million per year salary for her time in the civic republic, and that is how the lifestyle comparison is versus what we saw in seasons 1234 and five of The Walking Dead. It is such a substantially different life, and probably compares to someone being a business owner, versus someone being a fast food employee and barely scraping by. If Rick is truly at the civic republic, which the helicopter from Jesus makes it look like he definitely is, and he is probably also on something like one to $2 million per year in net worth.

In short, I would say that these are fairly accurate figures regarding how much money Rick Grimes would likely be worth depending on what Season of The Walking Dead we are looking at here. Have an argument for any of these? Comment down below or subscribe to our blog for additional details and information.