Skip to content
Previous Next
Rick Reunites With Lori and Carl

Rick Reunites with Lori and Carl, The Most Touching Scene In The Walking Dead

Season 1, episode 3, near the middle of the episode, was quite honestly one of the best scenes within the show The Walking Dead. The episode begins with Rick and Glenn getting back with the group from the city of Atlanta, where they have been fighting a massive herd of Zombies and just barely making it out with their lives. From here, we find that Glenn, the rest of the group, and lastly Rick, are coming out of the van to meet up with their camp and talk about their journey. Seconds later, we see our main character Rick Grimes walking out of the van. Change the camera view to Lori who is down on her knees talking to Carl about something serious, and watch as it appears that both characters feel something over their shoulder. Carl looks first, followed by Lori, and there he is! Rick breaks down in absolute shock, running over and crying while hugging his family and fist bumping Shane, Rick Grimes is alive and he has found his family! Here’s why this is such a touching and awesome scene. 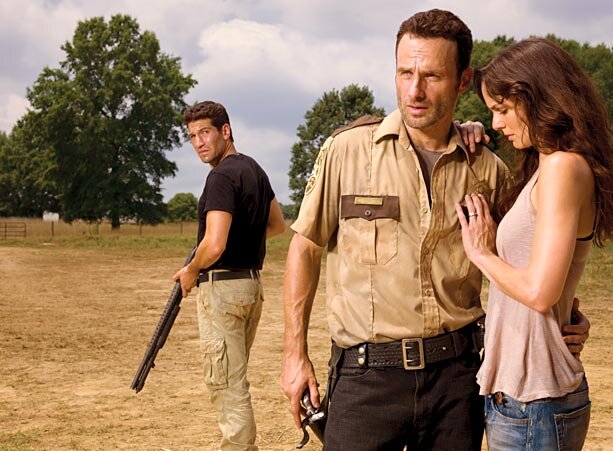 The scene itself is amazing and heartening

It shows you that there is still hope for the show

It shows Rick Grimes at once of his best moments

It shows the anxiety of Shane

It shows Laurie lying about Shane

It starts the Lori Pregnancy Arc and her death

And much more, read on for more information on this awesome scene!

Rick Reunites with Lori And Carl, An Amazingly Touching Scene

I have to say that this was definitely one of the most wholesome scenes in the entire show. Honorable mentions are the scene where Daryl Dixon gets out of being imprisoned from the Saviors and meets Rick at the hilltop, giving him his Colt Python gun back. The scene where they make it out of the CDC, where Rick makes it to the farm, when they first take the prison, when they get to Alexandria, when Alexandria beats the herd, and when Rick spares the saviors lives, as well as when Rick takes out the bridge, are all honorable mentions as well. I would say however, that even with all this, this scene is in the top 3 of the entire show.

Final Thoughts On Rick Reunites With Lori And Carl, When Rick Finally Finds His Family

This was a truly awesome and inspirational scene, and I hope I was able to capture how cool it was a little bit with some of the writing here. Be sure to read on or subscribe to our blog for additional details and information.